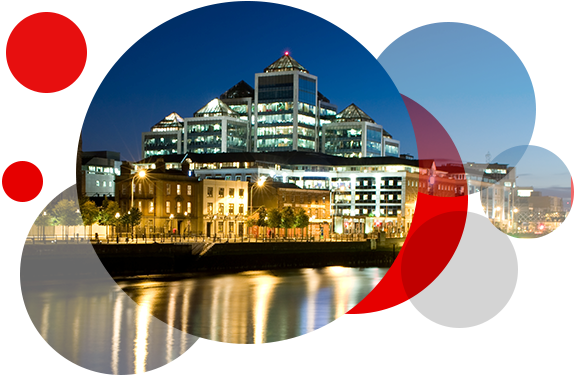 Matheson has one of Ireland’s most active Entertainment law practices whose dedicated team members work exclusively on a daily basis in the areas of film and television and across the other sectors that comprise the creative industries.

A principal focus of the practice is feature film and television financing which includes representation of major lenders providing industry finance.

Matheson represents producers, lenders, financiers, distributors and others with respect to facilities to fund the production and distribution of feature films, television shows and other entertainment projects, including multiple party financings, equity investments, gap-financing, discounting, security and completion bond arrangements.

We have vast experience of complex international financing activity including pan-European co-production deals as well as particular specialist expertise in negotiating facilities against Ireland’s tax credit for film production.

The team provides production and content advice to producers, broadcasters, networks and studios producing content in Ireland for international distribution. Our expertise includes contracting the necessary underlying rights and talent, providing the entire range of general production counsel services and extends to pre and post publication content and clearance advices including with regard to errors and omissions insurance requirements.

We acted for the producers or the Irish co-producers, advising on the financing and contractual aspects of the production including production loan facilities, Section 481 tax financing, funding from the Irish Film Board, domestic and international broadcasters, distributors, sales agents, completion guaranty arrangements as well as contracting the talent.

We have also advised Irish producers who have entered into co-production agreements with Australian, French and German co-producers who are funded by broadcasters in those territories.

We advised the producers of Riverdance The Show and the composer of the music for Lord of the Dance. We act for a number of the Irish copyright collection societies.

Brexit Blog: Canada-Style or Australian Terms – On or off at the Brexit table?

Brexit – Is Equivalence a Solution for Financial Services?